If you’re searching for the most  stylish razors on the market, look no further than online innovators Harry’s. They manufacture their blades at a wonderful old factory in the German countryside. Cinevision gave the Harrys USA production team full service production on their TVC shoot on location in Germany. It was camera kit heaven with Arri Alexa kitted out with beautiful Master Primes and the images produced by DOP Michael Simmonds were knockout.

There was some behind the scenes horror on this shoot but not the kind you may be thinking of. Let me explain. Michael the DOP is a sought-after shooter who in 2017 completed cinematography on Halloween. This is the latest in John Carpenter’s classic horror franchise and stars series original, Jamie Lee Curtis. I’m a huge John Carpenter fan and love the original, it’s a legendary slasher movie and bonafide movie classic. How can you not love Carpenter’s iconic synthie soundtrack which is truly unique and bloody creepy as well. Michael’s Halloween is coming to screens in 2018, so I can’t wait to check it out.

New York filmmaking pair Henry Joost & Ariel Schulman from production company, Supermarché directed the Harry’s spot. They possess a unique creative style and it’s evident all throughout the finished film. On viewing you wouldn’t recognise it but these guys are actually horror movie directors of note responsible for Paranormal Activity 3. A film which on release had the highest grossing horror movie opening in movie history!  Wow, that’s quite a record. (Check out their imdb bio here).  So sprinkled all through the set of this shoot was some serious horror movie pedigree.  The Harry’s commercial was a super fun project for all production crew involved and we reckon the final ad is a real winner. I guarantee you’ll have a giggle watching it. 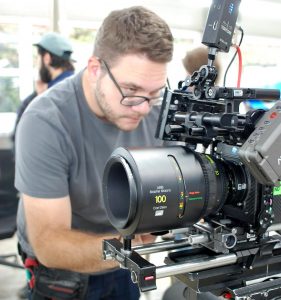 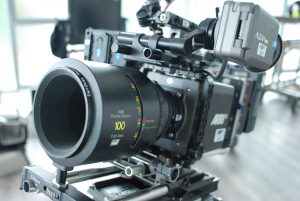